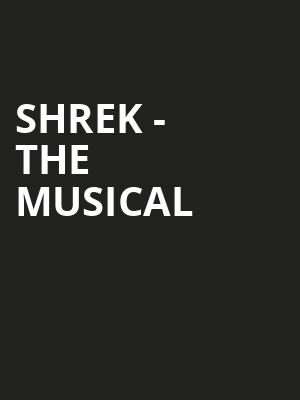 Everyone's favorite ogre stars in his own musical

Why See Shrek - The Musical?

The Ogre is Back!

Don't miss your local production of this hilarious family favorite

Join Shrek, Fiona, and Donkey in this magical musical version of the Oscar-winning Dreamworks animation. Bursting from the screen to the stage, the Tony-winning Shrek The Musical blends the beloved feature film story of the titular swamp-dwelling ogre and his wise-cracking donkey sidekick with toe-tapping songs by Jeanine Tesori and a riotously funny book by David Lindsay-Abaire for a family-friendly adventure you won't soon forget!

After retreating from society to live in blissful isolation, Shrek the Ogre's swamp home is invaded by a host of familiar fairy tale characters including Pinocchio and The Three Little Pigs, who've been evicted by the vicious and vertically-challenged Lord Farquaad. So Shrek takes his grievances to the tiny tyrant and the two strike up a deal - Shrek can have his home back all to himself if he rescues Princess Fiona from a faraway lair protected by a dragon, prompting a whirlwind adventure filled with danger, hilarity, and true love...

Suitable for all ages

The above image is taken from the Broadway production

Seen Shrek - The Musical? Loved it? Hated it?

Sound good to you? Share this page on social media and let your friends know about Shrek - The Musical at Casa Manana.