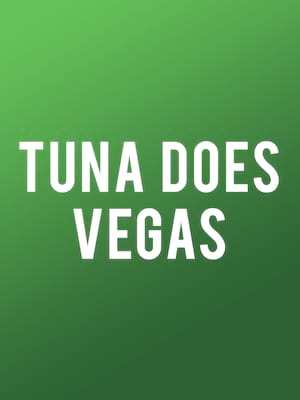 Tuna Does Vegas will leave you laughing all night long!

Why See Tuna Does Vegas?

Get Ready To laugh

The hilarious new installment from the legendary Greater Tuna creative team, re-unites the lovable and eccentric characters from the third smallest town in Texas as they take a rambling romp in Sin City. The hilarity begins when oddball-conservative radio host Arles Struvie announces on air that he and his wife Bertha Bumiller are heading to Vegas to renew their wedding vows, but everyone in Tuna, Texas goes along for the ride!

Starring the incomparable duo Jonathan Beck and David Coffee, TUNA DOES VEGAS balances as both an affectionate comment on small-town life and attitudes as well a hilarious satire of the same. The eclectic band of citizens that make up this town are portrayed by only Mr. Beck and Mr. Coffee, making this send-up on life in rural America even more delightful as they depict all of the inhabitants of Tuna -- men, women, as well as Vegas showgirls, Elvis impersonators and more!

Sound good to you? Share this page on social media and let your friends know about Tuna Does Vegas at Casa Manana.